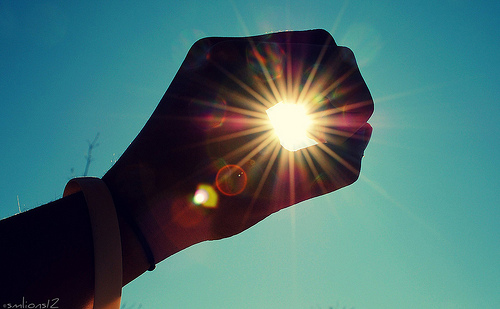 Chemists at the Leibniz Institute for Catalysis in Rostock discovered the molecular mechanism of a photocatalyst that completely breaks down organic contaminants in wastewater with the help of sunlight. Worldwide, for example, more and more residues of drugs such as anti-inflammatory drugs, antibiotics or contraceptives are entering treatment systems where they are difficult to remove. Laboratories are increasingly working on photocatalytic solutions, but knowledge of the active principles is incomplete. Researchers around Angelika Brückner and Jabor Rabeah at LIKAT have therefore observed photocatalysts live at work, so to speak, and have explained the basics of how they work.

This opens up new ways for the development of photocatalysts for waste water treatment, as Prof. Dr. Brückner, division manager at LIKAT, says. She was approached by colleagues from China with the request for cooperation. In densely populated regions of Asia, organic contaminants, for example through stable degradation products of drugs, are an urgent problem.

The Chinese colleagues had developed new catalysts and needed LIKAT’s expertise for special investigations to be able to prepare their catalysts optimally. Brückner and her team are specialists in the field of so-called in-situ spectroscopy. This enables them to follow the functioning of a catalyst during the chemical reaction (in situ) and to document its molecular mode of action.

Carbonitride Instead of Titanium Oxide
Conventional photocatalysts, such as titanium dioxide, which is used to coat self-cleaning window panes, for example, in order to break down dirt particles, work most effectively with high-energy UV radiation. However, the UV proportion in sunlight is only 5 to 8 percent. Chinese chemists therefore use a new generation of photocatalysts: carbon nitride, which is activated in visible light. It is produced by thermal treatment of melamine, which also serves as the starting material for colorful tableware made of thermoset.

The colleagues in China were able to successfully test their catalyst with various substances that are produced during the degradation of drugs and get into the wastewater. The powdered photocatalyst is stirred in the water and does its job as a suspended particle. The colleagues tested oxygen and ozone as oxidizing agents. “Ozone proved to be extraordinarily effective,” explains Prof. Brückner. “But its activity fluctuated, and that seemed to depend on the preparation conditions of the catalyst.

Jiadong Xiao, a young chemist from the University of Beijing, started to investigate the cause and the optimal conditions for preparing the catalyst in the context of his dissertation at LIKAT. The research was carried out under the supersision of Dr. Jabor Rabeah, head of the research group at LIKAT.

Capture and Identify Radicals
The measurements showed that a species of radicals is responsible for the actual degradation reaction. Angelika Brückner: “These are extremely reactive molecules that immediately attack and break down the pollutants in the water. And the interplay of sunlight, photocatalyst and ozone promotes this formation of radicals”. In fact, the radicals were so short-lived that even the modern analysis technology at LIKAT was initially unable to identify them.

For such cases, chemists use a trick they call Spin-Trap: The radicals are captured with a neutral molecule, which becomes a radical itself, but one that is hardly reactive and therefore “lives” long enough to be analyzed. This made it possible to identify the highly effective particles as hydroxyl radicals, molecules consisting of one hydrogen and one oxygen atom. The high effectiveness of the combination of photocatalyst – sunlight – ozone in wastewater treatment could be explained by the extremely rapid formation of an enormous number of reactive radicals.

The result of the research work is “a new mechanistic concept” for this type of reaction, as Angelika Brückner says. The researchers assume that the method with this background knowledge will soon find its way into practice.